The Zhympitinsky District (in the village of Syrymskiy) is an administrative territorial unit, located on the east side of ZKO.

The region is distinguished by its goddess and exquisite history. In the ancient times, the epic of epic heroes of heroism was preserved: the drowning of the cobwebs, the young Targyn and the Edige, the unkempt love of the girl Silk and the Tulegen, the betrayal of the legendary legend ...

Отдельная летопись в истории казахского народа - this is a military union, created for the Abulhair of the state without state subsidies. Later on, he led the colonization of the Kazakh land and forced the descent into the Nazis' liberation liberty.

1783-1797 Under the Buryat batyr in the Middle Ages, lived in the region, such as Baybarak batyr, Tailak batyr, Bulan dance, Esengeldi rich.

From 1881 to 1890 The city was flooded by the Zhympity, which subsequently flooded the city.
In 1884, there were occasions when it was time to celebrate, the 25th place and the two-class school.

In the 20th century, the Zhympity jumped into the largest part of the recovery. This is where the government of Alashor, who is destroying its own flag, has laid the foundations of the first Kazakh state. You can call the representatives of the Kazakh intelligentsia: Zhakhansha Dosmukhameduly, Khalel Dosmukhamedov, Salik Omarov, Dauletshah Kusepkaliev, Kaldybay Asanov, Sabyr Sarguzhin, Kuanay Kosdauletov. In the middle of the year, a group of detachment militias opened fire on military school guards who were trained in the military. This bank was opened by bank, telegraph and other housekeeping organizations. Headquarters of the Alashor government, supervised by Zhakhanshoy Dosmukhameduly, landed in the apartment of Tarakanova.

In October 1919, the Government moved from Zhympity to Kyzylkoga. November 19th, when the Soviet Union was founded. On October 12, 1920, the city of Uralsk was rebuilt, and in Dzhambeytinsky county. In the district there were 19 wolves, with a total area of ​​38,500 km2, with a total population of 78,861 people. Засуха и бабод 1920-1922 гг. In the Jympity district, the massive mass gobelin was strangled, which led to the collapse of the clans.

The first party party conference was convened on December 26, 1921. At the moment, the party had been nominated by 18 candidates and 23 candidates.
In October 1923, Zhympity sent one of the original Kazakh literary works by S.Seifullin.
In 1928, the Shalcary Wolves were destroyed by the unknown memorial to Tajer.

The result of the 1934 uprisings in the district was overthrown by the Nazis, and 105 people were killed by a deadly casket.

Nanyunne Veliko Domestic ward in the district was composed of 41 collective farms, 5 state farms and 2 MTS. In the 1940s, the gossip of the district was 13,100 centimeters of grain, 16,740 centners of meat and 607 centners of parchment. With more than 4200 people mobilized against the Second World War, 2800 people returned to their homeland. There were five women in the band, and three of them were killed. VNovigalieva with a wrestler A. Niyazgalieva, M. Umbetova many years have worked hard on the good deed.

In the years of Great Patriotic War, the Savvy White Belt came out. My name is Maiysi Ziyasheva, a prominent Materiel Belogo, who has a record of collective farming, not just in the district but not in the Union. Forty - two female wheelchairs for steering wheel tractors. Sredies can be called M. Eshmukhanov, U. Kobdabaev, K.Nurmukhanov, Z. Dzhurmagambetov.

In September 1941, at the territory of the district, deported Germans were deported. In 1941-1943 years The district was evocuated by people from Stalingrad, the Rostov region and the Karakalpak ASSR.

From 1947-1957 yy. collective farms have been rugged and reorganized in the sovkhozes. In 1956, the state farm "Pravda" collected cattle in 1 million pounds of grain. In 1957, the director of the sovkhoz VI Shubinu was nominated for the Hero of Socialist Labor.

In 1992, the State of the Province of Population was named after the historic personality, 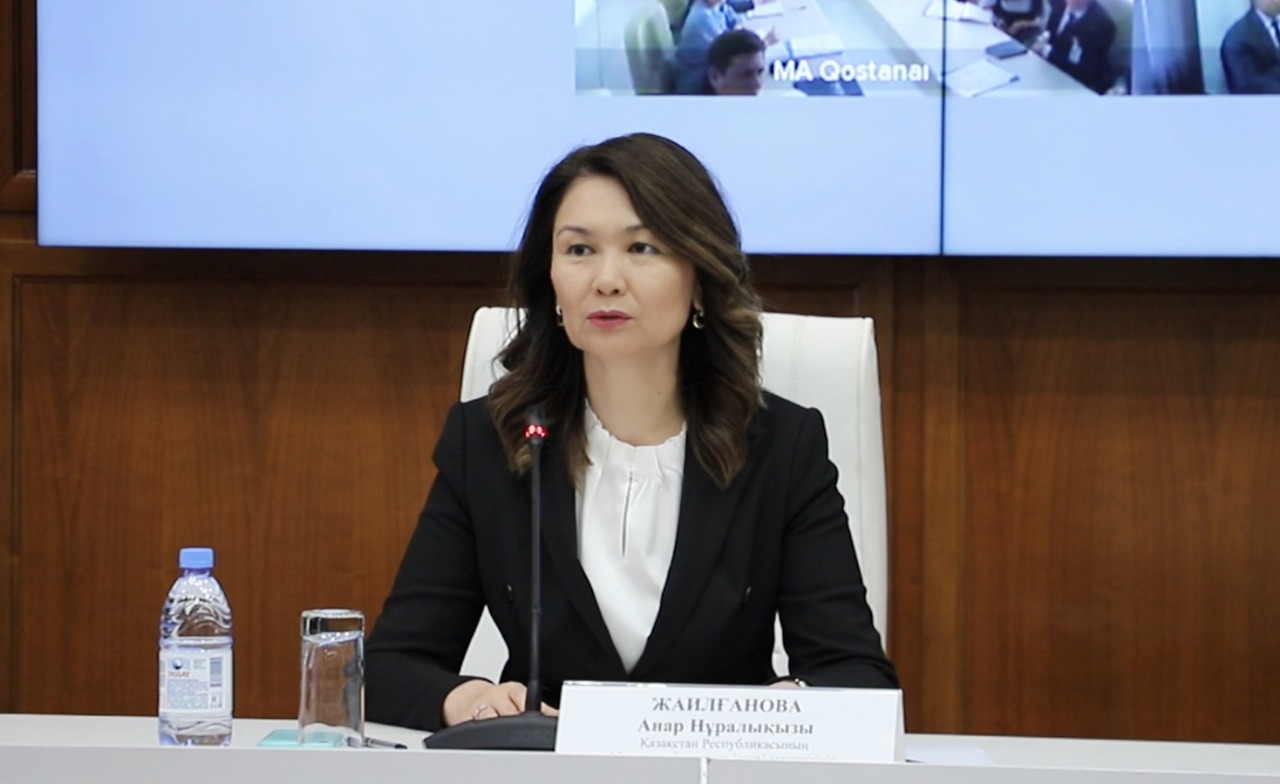