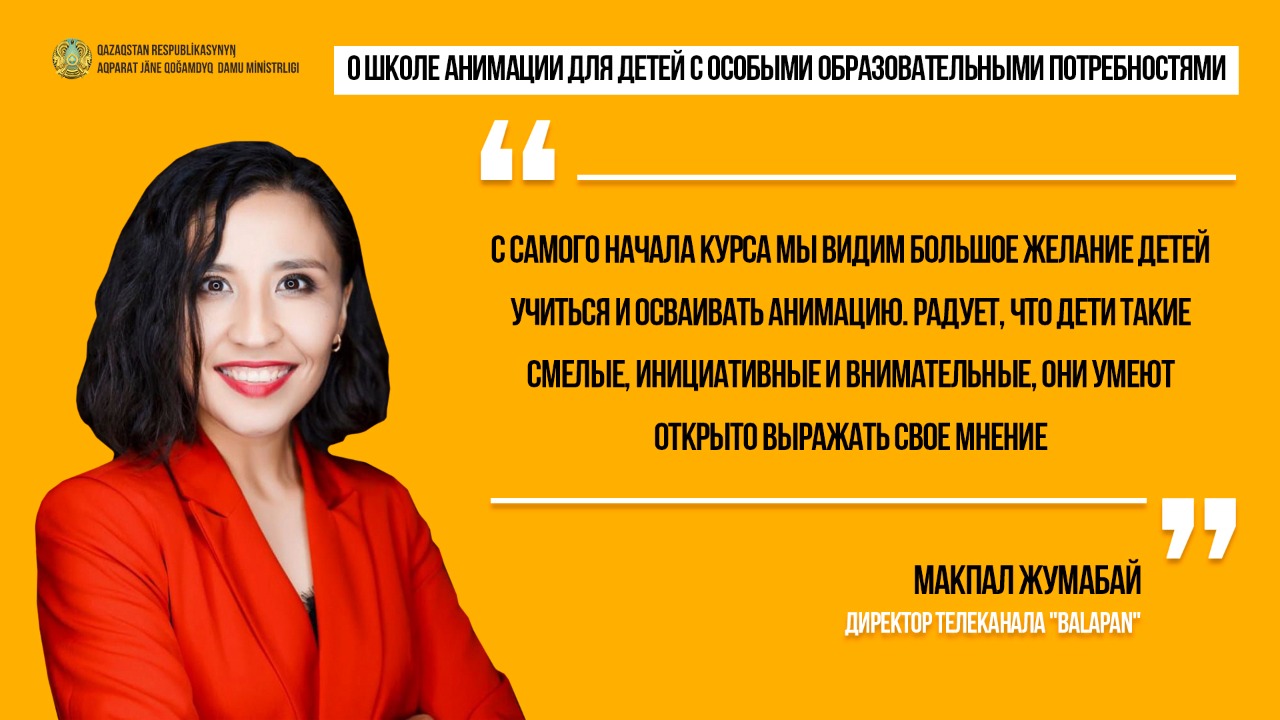 On April 9, specialists from the Japanese company Anime Manga Pioneer School will hold a master class "Manga Art" for students of the School of Animation, open for children with special educational needs at the Balapan TV channel. In addition, next week there will be a motivational session with animators from the Korean Manhwa Contents Agency on “The Importance of the Animation Profession”.

Earlier, an online meeting was held between representatives of the Ministry of Education and Science of the Republic of Kazakhstan and the Agency for the Promotion of Animated Films of South Korea. During the meeting, the president of the Korean agency Shin Jong Chol noted that South Korea began teaching children with special educational needs 10 years ago. So, today in South Korea there are 11 such social centers. Consequently, this will provide an opportunity for Kazakhstani specialists to exchange experience with the best foreign practices in this area.

Recall that the School of Animation for Children was created on the initiative of the MIOR of the Republic of Kazakhstan in honor of the 30th anniversary of Independence of Kazakhstan and has been conducting its classes since March 12, 2021.

Project goal: to teach children with special educational needs professional skills that will help them in social adaptation and effective organization of their leisure time.

"From the very beginning of the course, we see a great desire of children to learn and master animation. I am glad that children are so brave, proactive and attentive, they know how to openly express their opinions," said Makpal Zhumabay, director of the Balapan TV channel.

It should be noted that representatives of the Kazakh embassies in South Korea and Japan rendered practical assistance to the Balapan TV channel in the implementation of negotiations and agreements by the MIOR RK.