The President of the House of Councillors of the Parliament of Japan Akiko Santo: the heritage of Abai in the Japanese language will contribute to deepening friendship between Japan and Kazakhstan 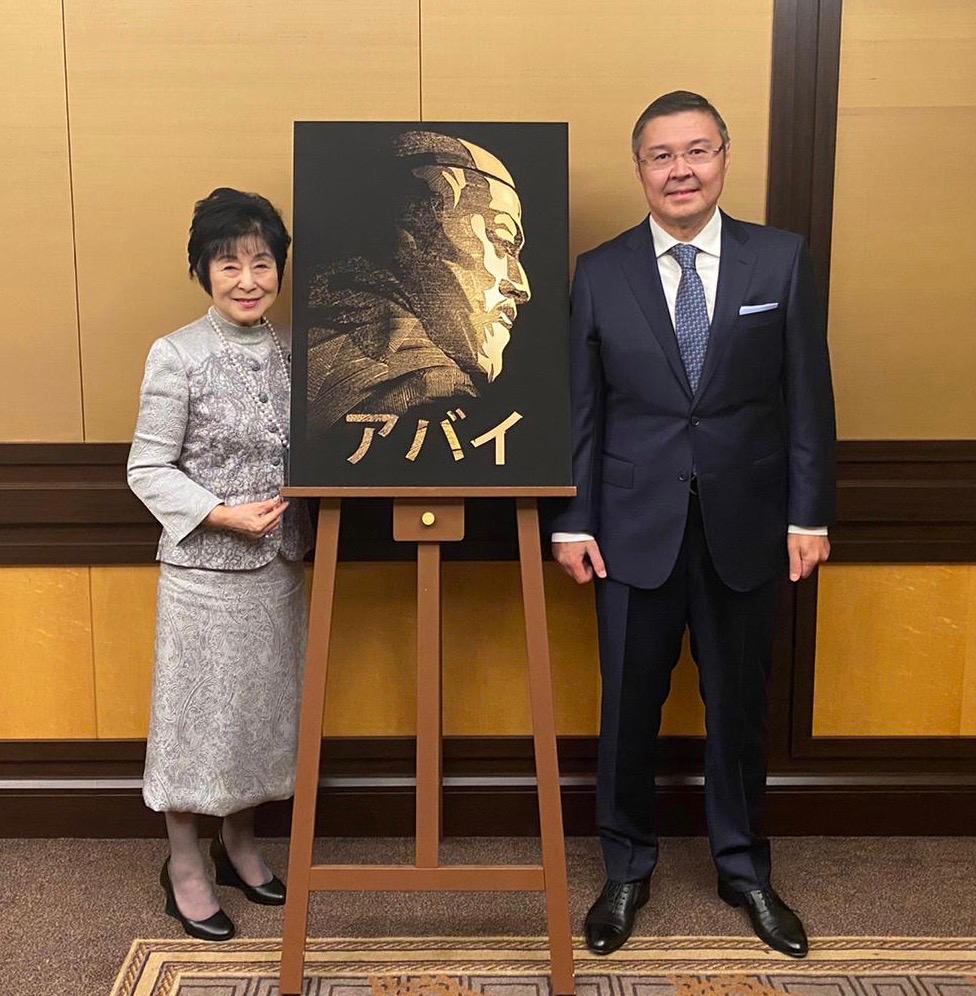 A presentation of a book of works by Kazakh poet and philosopher Abai Kunanbayuly translated into Japanese for the first time was held on October 12, 2020 in Tokyo with the participation of political, cultural and public circles of Japan, as well as the diplomatic corps.

The President of the House of Councillors of the Parliament of Japan Akiko Santo was the main guest of the event. According to her, Abay's philosophy teaches wisdom and courage to overcome all the adversities that humanity faces today, including the coronavirus pandemic.

Ambassador Yerlan Baudarbek-Kozhatayev said that the events held around the world this year as part of the 175th anniversary of Abai Kunanbayuly made a special contribution to the development of cultural diplomacy of Kazakhstan.

Chairman of the Agency for Culture of Japan Ryohei Miyata in his speech noted that he was impressed by the similarity of the content of Abai's poems with the oldest collection of Japanese poems «Manyoshu», emphasizing that Japan and Kazakhstan have been connected by the «Silk road» since ancient times.

The famous Japanese poet and critic Kiwao Nomura, who is considered a driving force behind contemporary Japanese poetry, presented the book.

The audience warmly welcomed the live performance of Abai's song «Kozimnin karasy» in Japanese by singer Ranka, who in July 2020 presented the video for this song to the public, which found a wide response in Kazakhstan and Japan.

The event was held in compliance with sanitary and epidemiological requirements and social distancing standards adopted in Japan.

Generally, the Embassy of the Republic of Kazakhstan has organized a number of events this year as part of the celebration of the 175th anniversary of Abai Kunanbayuly in Japan.

In particular, a Member of the Japanese Parliament and Chairman of the Parliamentary League of friendship with Kazakhstan Takeo Kawamura took part in the relay for reciting Abai's works. He quoted an excerpt from «Words of Wisdom» in Japanese, receiving a «challenge» from the Senator of the Parliament of Kazakhstan Mukhtar Kul-Muhammed.

In addition, President of the Association of Japanese poets Yamada Takaaki presented a Japanese translation of Abai's poems dedicated to spring at the international video marathon «Abai World Challenge». The Tokyo Metropolitan Central Library hosted a book and illustration exhibition in honor of the 175th anniversary of Abai Kunanbayuly.

Literary translation of the texts was performed by Professor Hiroki Sakai of the Tokyo University of Foreign Languages, researcher of Kazakh literature Mikiya Nishimura, translator and compiler of the Japanese-Kazakh dictionary Shigenobu Masujima.

After the presentation, books of Abai Kunanbayuly will be distributed to libraries and educational institutions in Japan, as well as honorary consulates of the Republic of Kazakhstan in different regions of the country.