Videomessage by the Deputy Prime-Minister – Minister of foreign affairs of Kazakhstan M.Tileuberdi on the International Day against nuclear tests 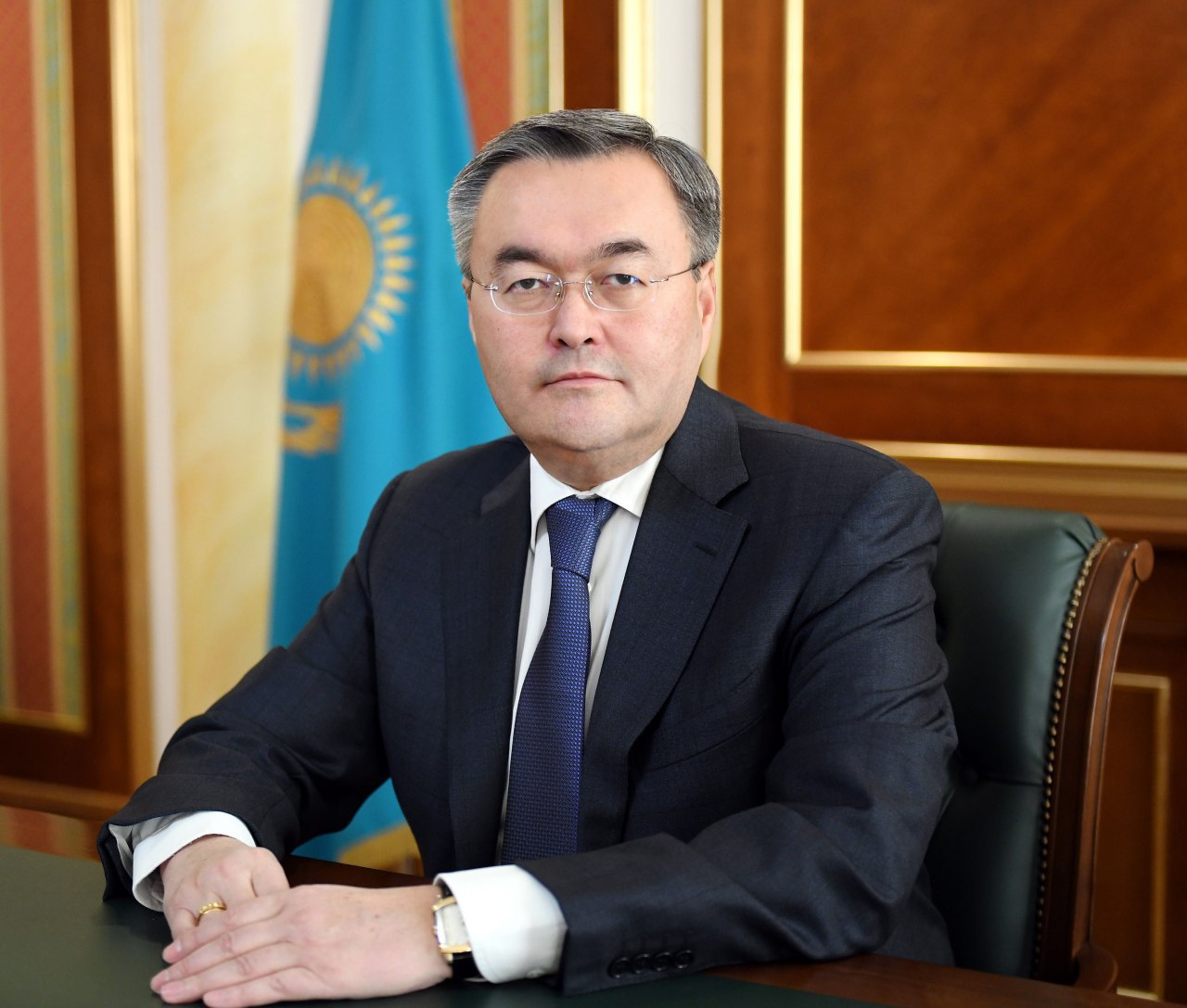 Around this time, each year, the world commemorates the International Day against Nuclear tests.It was instituted by the General Assembly through the unanimous adoption of its Resolution on 9 December 2009, at the initiative of Kazakhstan.

The historic decision of the First President of Kazakhstan, Nursultan Nazarbayev to shut down the Semipalatinsk test site was taken exactly 30 years ago by the will of the people of our country.

Later, other testing sites in various parts of the world were closed and silenced, thus, my country's resolute example was supported throughout the world and became a global movement.

Kazakhstan has experienced all the devastating horrors of nuclear explosions detonated at the Semipalatinsk test site. For 40 years, 456 explosions were conducted,which caused immense suffering for one and a half million of my fellow citizens. After gaining independence in 1991, Kazakhstan made a voluntary choice in favor of abandoning the world's fourth most powerful arsenal of nuclear weapons. It consisted of over 110 ballistic missiles with 1,200 warheads capable of reaching any point on the Earth.

Another historic development has been the establishment of the Central Asian ZoneFree of Nuclear Weapon, the first one in the northern hemisphere. The Treaty was signed in September 2006 in Semipalatinsk, and therefore bears the name the Semipalatinsk Treaty. It marks its 15th anniversary this year.

The creation of this nuclear-weapon-free zone has been the result of the collective efforts of all five Central Asian States in their common desire to provide security, stability and peace in the region. Through this measure, they also intended to address environmental concerns and create the necessary conditions for regional development and stability.

The President of Kazakhstan Kassym-Jomart Tokayev, as a passionate supporter and advocate of global nuclear disarmament, focused on these initiatives in his last speech at the UN General Assembly in 2020. He believed that legally-binding negative security assurances should be given to every non-nuclear-weapon state. That is why he urged all the Permanent Five (P5) countries to ratify their respective Protocols to the Nuclear-Weapon-Free-Zone Treaties, including the Semipalatinsk Treaty.

In 2015, Kazakhstan initiated the Universal Declaration on Achieving a World Free of NuclearWeapons, which was supported by most of the UN Member States. This concept document sets forth the determination of all countries, organizations and civil society to move towards a world free of nuclear weapons. The corresponding UNGeneral Assembly resolution, first adopted in December 2015, was reaffirmed in 2018 and will be updated again this year. We,therefore, look forward to the consistent support of the international community.

I would like to stress that Kazakhstan is a member of all fundamental international treaties  on nuclear disarmament and non-proliferation, including the most recent Treaty on the Prohibition of Nuclear Weapons (TPNW), which entered into force in January 2021. The Treaty represents a new reality and makes nuclear weapons illegal. We call upon all states to join the TPNW.

Every effort needs to be made to ensure the entry into force also of the Comprehensive Nuclear-Test-Ban Treaty and to preserve its place in the international security architecture. In this regard, we appeal to all remaining States to sign and ratify the Treaty at an early date in order to accelerate the completion of their ratification processes.

At a time when the world is challenged with a formidable threat and spread of the Covid-19 pandemic, together with thelarge-scale armed conflicts that confront us, we are convinced that the world must take decisive steps towards disarmament. We can lift the threat of global war if we activate the process of nuclear disarmament, eliminateconflicts and set out a new development trend. Only through common efforts can we may build a safe, sustainable and peaceful future. We have to act together to use our combined political will, potential and synergies.

In conclusion, I would like to once again encourage you to share information on the consequences of nuclear testing and engage in activities for Nuclear-Weapons-Free World. We need to make sure that noone else, anywhere in this world, suffers devastating effects of nuclear explosions.

Now is the time to take action. It is indeed our moral obligation to ensure a safe and secure world for our future generations.