Law «On Cinematography»: what should be the main document of the Kazakh Cinema 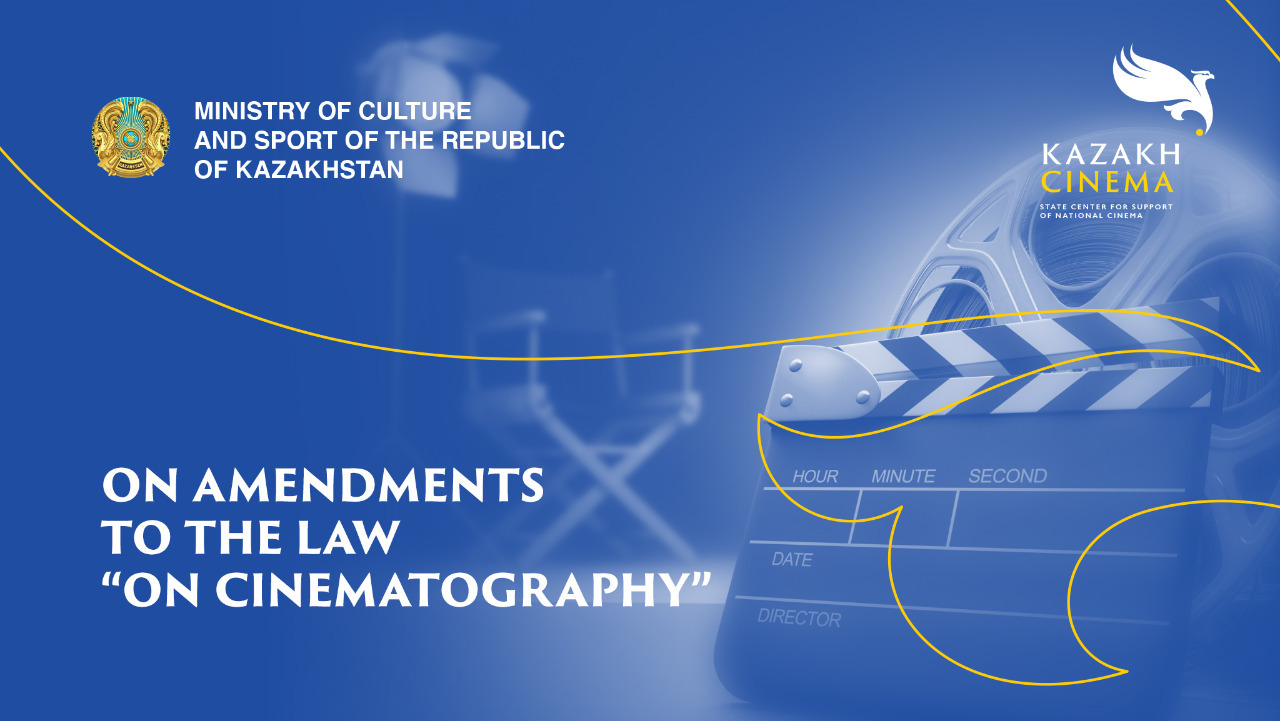 On January 12, 2021, was held the first meeting of the working group on the development of the draft law of the Republic of Kazakhstan «On amendments and additions to the Law «On Cinematography». The meeting was attended by the Minister of Culture and Sports of the Republic of Kazakhstan A.Raimkulova, Chairman of the Board of «The State Center for Support of National Cinema» NPJSC Y. Kossubayev, President of «Kazakhfilm» named after Shaken Aimanov» JSC A. Satayev, cinematographers R. Nugmanov, B. Shukenov and others.

The fact that the Law «On Cinematography», adopted in 2019, needs to be improved has already been said a lot, as the practice of film production itself, which our filmmakers face today, demonstrates. It should be noted that the conversation, which took place in the already familiar format of the zoom conference, turned out to be productive and useful. During the meeting, the issues of creating film commissions, proposals to reduce the amount of subsidies provided to a foreign legal entity, dubbing films into the Kazakh language were discussed.

Deputy Director of the Department of Culture and Arts of the Ministry of Culture and Sports of the Republic of Kazakhstan Gani Muratov voiced proposals on the conditions under which the successful work of film commissions together with local authorities is possible during filming.

In this regard, Yessetzhan Kossubayev, Chairman of the «SCSNC» NPJSC, proposed to create a sub-commission to study financial and economic aspects, namely, calculating the volume, number of projects and the amount of subsidies at the level of local executive bodies. He also called for legislation to expand the existing capabilities of the State Center for Support of National Cinema, including the creation of film series in its functions.

Baurzhan Shukenov, Director of the «Arman» cinema, noted that the meaning of creating any film commission also lies in a special cultural test and in the case of granting preferences, a number of individual important details should be spelled out in the contract with foreign partners, in particular, the film should indicate the filming location itself.

Many proposals were also made on reducing the amount of subsidies provided to a foreign legal entity, technical aspects of the procedure for financing the production work of the Center, extending the terms of providing rebates due to the ineffective 2020 year against the background of the pandemic.

Director Rashid Nugmanov proposed to supplement the rules for the payment of subsidies by adding residents, as well as to provide for an article on the status of the «Kazakhfilm» studio in the Law. The head of «Kazakhfilm» Akan Satayev, in turn, proposed to adopt the practice of Canada in the issue of rebates, in which remote regions can count on a higher percentage of rebates, which can also have a positive impact on the development of domestic tourism in Kazakhstan.

In addition, the meeting also discussed the obligations of producers to ensure the subtitling and audio description films, within the allocated funds from the state budget.