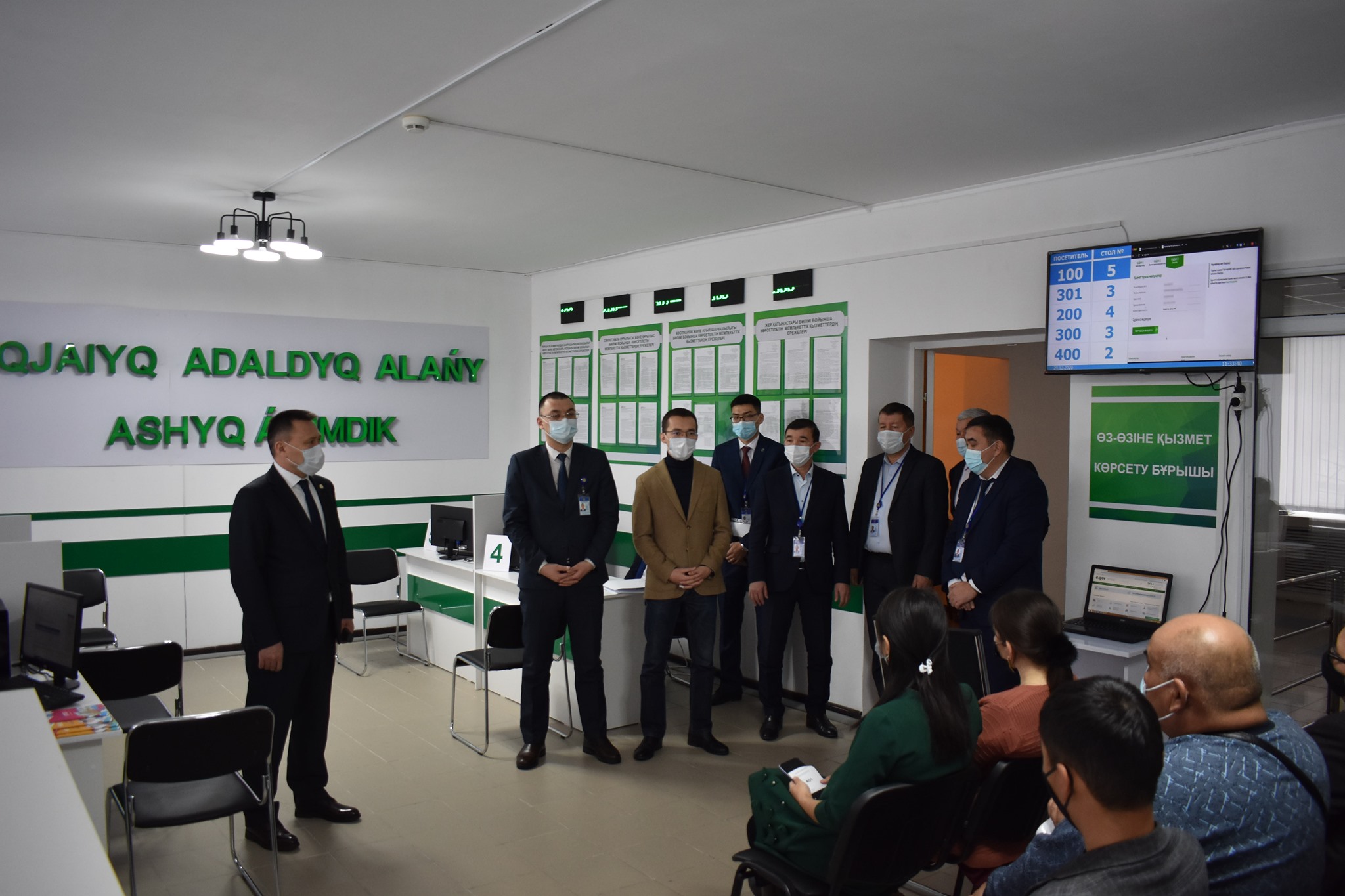 On December 29, the "Open Akimat" opened in the building of the district akimat, which receives residents.
Opening the " Open Akimat "with a welcoming speech, Akim of the district Zhanat Asantayev noted that appropriate answers will be received to the appeals of citizens who came to the reception, in general, it will be effective for the population and wished success in the work of the" Open Akimat".
The opening ceremony was attended by first Deputy head of the Department of the Agency for anti-corruption in the Western region of Kazakhstan Nurdaulet Samet, Deputy head of the Department of the Agency for civil service Affairs of the Western Kazakhstan region Amangos Gubanich. In the reception area there is a self-service corner for citizens and there is a private reception room.
Representatives from the region expressed their gratitude to the "open akimat", located in a spacious, bright and cozy room equipped with modern equipment, for a high degree of readiness for service.
- In the "open akimat" reception desks provide services to the population in five branches of the district: the department of architecture, urban planning and construction, the department of culture, language development, physical culture and sports, the department of housing and communal services, passenger transport and highways, the department of entrepreneurship and agriculture, the department of land relations. It is no secret that now there are few specialists holding this position, and in the future we will expand the scope of activities, " said the head of the district Zhanat Asylkhanovich.
Specialists who provide services in the "open akimat" according to these branches of the district began to receive residents.
Дата публикации
30 декабря 2020
Направления деятельности
Популярные новости
Социальные медиа
Қаратөбе ауданы әкімдігі
Қаратөбе ауданы әкімдігі
Меню подвал
Сайт Президента РК
Цели устойчивого развития
Открытое Правительство
Законодательство
Государственные символы РК
Послания Президента РК
Сайт Парламента РК
Сайт Первого Президента РК – Елбасы
Сайт Премьер-Министра РК
Структура Правительства РК